The fascinating history behind hemp and CBD oil

The history of hemp and cannabidiol (CBD) is a rich one that stretches back to the earliest days of human civilization, and traces its way across ancient and modern history, before gaining significant steam in the 20th and 21st centuries. 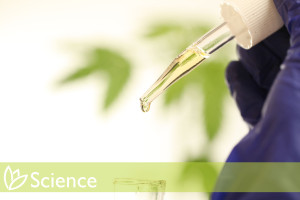 Early days
While humans have enjoyed the benefits of hemp since the dawn of mankind, the first recorded mentions of the plant come from the Chinese nearly 4,000 years ago. The Chinese agricultural record known as the Xia Xiao Zheng shows that hemp was a major crop throughout Asia for thousands of years. Primary uses of the plant throughout history include creating rope, clothing and sailcloth, but the Chinese also discovered some of the potential health benefits of CBD derived from hemp and used it for health and wellness.

This dual use of hemp as a staple crop and CBD as a supplement continued over the millennia, with the plant eventually making its way to mainland Europe. In fact, King Henry VIII thought so much of the crop that he required farmers to set aside at least a quarter of an acre of their land for hemp cultivation. This tradition carried on into the founding of the United States when farmers were likewise compelled by law to grow hemp.

A truly ‘Revolutionary’ plant
It’s widely known that the America’s Founding Fathers were fans of hemp, with Thomas Jefferson even creating a hemp threshing machine for which he held a patent. George Washington also grew hemp at his Mount Vernon estate and Ben Franklin also counted himself a fan, eventually running a hemp-based paper mill. The historical record also shows that Queen Victoria, England’s second longest-ruling monarch (Elizabeth II passed her several years back), turned to CBD for relief from the pain of menstrual cramps.

In the 20th Century, scientists began to realize that although marijuana and hemp are members of the same plant family, both containing high levels of CBD. Hemp, however, contains high levels of CBD without the high levels of THC marijuana contains. THC, of course, is the psychoactive ingredient commonly associated with its properties of getting users “high.” CBD derived from hemp, on the other hand is non-psychoactive and non-addictive.

In 1940, American chemist Roger Adams was successful in isolating CBD as a separate and unique compound, but it wasn’t until two decades later that an Israeli researcher was able to describe what Adams had found. At this point, it became clear that CBD merited additional study. It was a case of “good news, bad news,” though, as by this point, marijuana was illegal in the United States and governmental agencies began to lump hemp in with marijuana and subsequently, CBD derived from hemp and CBD derived from marijuana. Time passed and both products remained stigmatized and, more importantly, illegal for a long time. For decades, federal law did not differentiate hemp from marijuana, both of whichwere effectively made illegal in 1937 under the Marihuana Tax Act and formally made illegal in 1970 under the Controlled Substances Act. 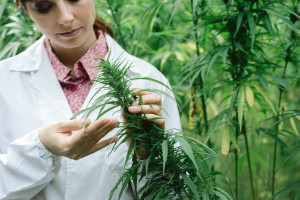 Then, along came a young girl named Charlotte Figi. Born in 2004, Charlotte began suffering as many as 300 debilitating seizures every day from a young age. She was eventually diagnosed with Dravet Syndrome. Frustrated by the ineffectiveness of the heavy narcotic drugs Charlotte was prescribed, her parents searched the globe for an alternative cure. After a great deal of research, they landed on CBD oil. It was immediately effective in reducing her seizures to a manageable level, providing a concrete case study for further research. Thankfully, Charlotte’s family lived in Colorado, where a medicinal marijuana registry – one of the first in the nation – was in effect. Stories like Charlotte’s inspired more interested in CBD, and later, the U.S. Food & Drug Administration appoved Epidiolex, CBD oil that is legally used to treat Lennox-Gastaut syndrome and Dravet syndrome, two serious and rare kinds of epilepsy.

Fast forward to the middle of 2018, and the passage of the U.S. Farm Bill, which differentiates CBD oil derived from hemp and CBD oil derived from marijuana. Hemp can now be cultivated legally in the United States, and consumers, opening the door for the sale of CBD oil products.

The Wanae difference
Still, when it comes to CBD oil, not all products are created equal. With the industry still in its infancy, it’s critical for consumers to understand what they’re purchasing and consuming. With a farm-to-shelf approach, Wanae monitors the entire hemp growing and cultivation cycle, as well as the extraction and formulation of CBD oil. Wanae is a true leader in creating the standards by which all CBD products will be measured in the future. Each bottle of Wanae CBD oil is rigorously tested and the process documented for consumers to see. Each bottle of Wanae CBD oil has a QR code that can be scanned for important product and testing information. CBD for your dog: what you need to know
No Responses.